If I’m going to promulgate “What Would Johann Do?” as a musical parlor game, I can’t very well ignore the significance of March 21st, can I?

(If you’re curious–maybe you might even decide to play, it’s never too late–just check out ‘WWJD’ in the archives in the left sidebar.) 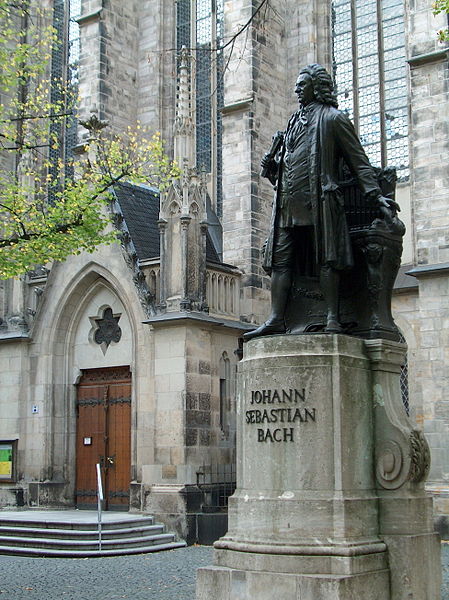 Anyway, I’m celebrating with a favorite and a poll.

First, the favorite:  my favorite Bach composition is the second Brandenburg concerto, BWV 1047, in F major.  (Hey, I’m a trumpet player–I have obligations to keep up here.)

It’s the second in a series of 6 concerti gross which Bach used, essentially, as an (unsuccessful) job application.  On March 24, 1721, Bach wrote to the Margrave of Brandenburg:

(The rather fawning tone is characteristic of the time, not of Bach’s personality.)

But the Margrave apparently lacked the requisite instrumentation; at any rate, the indications are that the pieces were never performed at his Court.  In 1734, following the Margrave’s death, the manuscripts were sold for the equivalent of a few dollars.  Thus, these concertos, perhaps the finest of all concerti gross, remained almost completely without contemporary influence. (It is possible that they were heard at Cothen, where Bach was employed; it has been shown that the available forces there did match the scoring.)

The manuscripts were rediscovered in 1849 by musician and Bach scholar Siegried Dehn, and were published the following year–the first known performance with something like the original orchestration came in 1898 with trumpeter Theo Charlier.  Since then ‘the Brandenburgs’ have been recorded very often, with at least 75 recordings listed on the “J.S. Bach home page.”

The Second Brandenburg is a cheerful, even ebullient, work.  It follows the normal 3-movement pattern, in which a central slow movement is flanked by quick outer movements.  Like any normal concerto grosso, the Second Brandenburg features musical forces divided into two groups:  the orchestra (‘ripieno’) and a group of ‘solo’ instruments (‘concertino.’)  The concertino here consists of four contrasting treble instruments:  recorder, oboe, natural trumpet in F, and violin.

The first movement makes much use of lively chordal ‘fanfare’ figuration of the sort eminently suited to the trumpet.  But one of the movement’s pleasures is hearing how this figuration’s character is transformed when played by the more pastoral oboe, or the softer violin.  The movement is relatively long, brilliant, and for the trumpeter, strenuous.  (It is said that various prominent trumpeters have had contractual protection against being forced to perform this work!  Having had a crack at it myself on one occasion, I can sympathize.)

Incidentally, the “piccolo trumpet in F” seems never to have been used previous to this work–and may not have appeared again until the late 19th century, when versions of it were constructed specifically to use in playing Bach trumpet parts, most emphatically including this one! 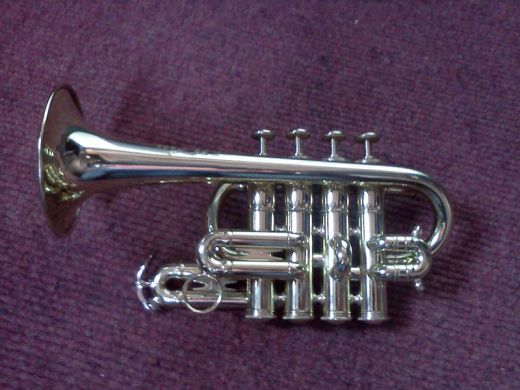 The second movement–again, following the normal pattern–has a very different tone.  Set in the relative minor key, D minor, a gentle rocking rhythm underpins a yearning three-way conversation among the violin, oboe and recorder.  The trumpet remains silent throughout, which was not unexpected–Baroque trumpet concertos usually featured a slow movement in a minor key in which the solo instrument was silent.  (The Baroque trumpet was quite limited when playing music in minor keys–so much so that it is often incorrectly said to have been unable to play in minor keys.  There are numerous counterexamples in the outer movements of the Brandenburg, however.)

This hypnotic movement ends, as abruptly yet gently as falling asleep, on a D major triad–the ‘tierce de Picardy.’

The third movement then breaks in like a flash of sunlight in a dim room with the solo trumpet cavorting in a triumphant, unprepared F major, as if impatient at its enforced silence.  (“As if–,” since in many cases the player will have been cherishing his or her opportunity to rest and regroup.)  The overall tone is somewhat similar to the first movement, but lighter and more relaxed overall, with the quadruple meter of the opening superseded by duple.

It’s a wonderful, substantive and uplifting piece–all in less than a quarter hour.  I must not be the first to think so, either: the first movement is now to be found outside of this solar system.  It is the first musical selection of the famous “golden record” included aboard both Voyager probes.  “Out of this world”–literally.

Check it out, if you don’t know it already!

What’s your favorite Bach?  And why?  Vote in the poll below, or make a comment.